Facebook really wants you to love them again . . . so maybe if they find you an actual PERSON to love, some of that affection will transfer over to them?

Facebook just announced a brand new feature that will basically turn it into a DATING SITE.

You’ll be able to opt-in to the service and turn your current profile into a dating profile . . . and then they’ll find you potentially good matches with other single people who you aren’t already friends with.

And ironically, Facebook’s complete disregard for our security and privacy might actually make this dating site MORE secure than the other ones.

Since they already know so much about you, it could be a lot harder to fake things on their dating site than it is on the other dating sites out there.  Plus if you’ve ever wanted a Russian boyfriend or girlfriend, your chances of getting one just went WAY up.

Facebook says the new feature is launching soon . . . but in the meantime, it’s BAD NEWS for the other dating sites out there.  Match.com and its parent company both had massive drops in their stock prices after the announcement yesterday.

Maybe now my mom will stop bugging me about getting on Match.

Guy Complains About Clingy Girls On Facebook Leading Him To This→ 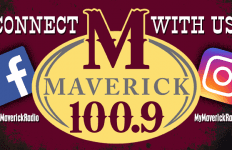