Three men are seen fighting in the middle of traffic on 2818 and George Bush in College Station.

It’s unknown what the men were fighting about.

This was today about 3 pm at George Bush and Harvey Mitchell Parkway. @KBTXRusty @KBTXKathleen pic.twitter.com/AoCdBrrL8k

UPDATE: One of the guy’s employers called into our sister station, WTAW, and gave us some details.
The fight continued at an apartment complex, BUT it’s still unknown what started the fight other than “road rage.” Apparently, the man in the black ended up grabbing the other guy and slamming his head against his car.

If anyone has any details email mymaverickradio@gmail.com. We have many questions.
WHAT HAPPENED TO THE THIRD MAN? WHO IS THE THIRD MAN? WAS HE THE REFEREE? WHAT APARTMENT COMPLEX? WE NEED DETAILS! 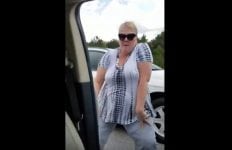 Lady Dances in the Middle of Traffic Jam→ 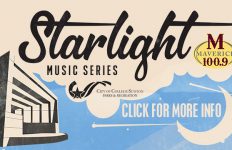 Starlight Music Series is BACK!→