JASON ALDEAN got engaged to former “American Idol” contestant BRITTANY KERR on Wednesday, two years after they were caught messing around while he was married. This will be her first marriage, and his second. There’s no word on a wedding date.

He popped the question during a visit to the San Diego Zoo. Brittany was all excited when she posted a photo of herself feeding a sea lion to Instagram. She captioned it, quote, “My man did it again. Today was amazing.”

DIERKS BENTLEY bought a new flip phone, because he was wasting too much time checking his iPhone. He says, quote, “It was starting to drive me crazy, so I’m doing the opposite of everybody else. Everyone else is getting the iPhone 6 and I’m moving to the LG.”

KEITH URBAN released the full version of his “Somewhere In My Car” video . . . and it’s almost not safe for work. There’s a scene where the actress starts removing her top and it cuts away at the last second. The behind-the-scenes clip are at People.com.

KENNY CHESNEY will be a Guest Picker on tomorrow’s edition of “College GameDay” on ESPN. He’s also going to perform an acoustic version of “American Kids”. The show airs at 9:00 A.M. Eastern. 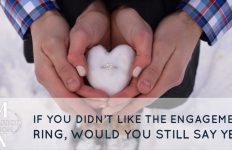 If You Didn’t Like The Engagement Ring, Would You Still Say Yes?→

Jason Aldean Is Doing a Concert with Hootie & The Blowfish→

Brett Eldredge’s Talent is No Joke!→